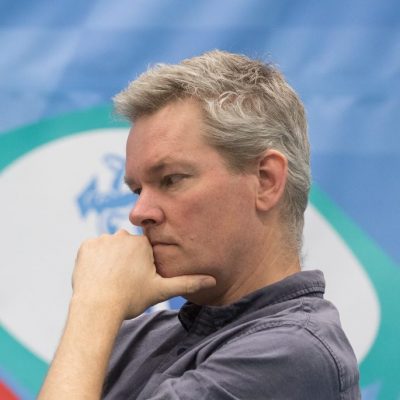 The last game in the University Challenge was one for the record books only. Of course, De Boer would like to score his first points of the match yet the match itself had already been decided on the day before. De Boer knew what to expect from Nijboer, who’d told him the day prior that […]

Two days ago Nijboer, managed to make Eelke de Boer throw away his preparation by playing his maiden Caro-Kann. Today ofcourse, Eelke was ready for it. The best for white is not to play c2-c4 too soon, because black will have targets to manoeuvre to. However, two days of diving into Caro-Kann-territory proved too little, […]

What we already feared in the preview tends to become reality: Eelke is having a hard time against Friso Nijboer.  This match tends to remind some of us to the match Fischer – Larsen and Fischer Taimanov, both ending in 6-0, although we shouldn’t underestimate the promising talent of Eelke. Also we have to say […]

The university challenge is an important Chess Festival tradition in which an experienced Grandmaster faces a younger, promising challenger. This year GM Friso Nijboer faces Eelke de Boer, which is an exciting matchup. Both prefer interesting and sharp positions over the overcooked traditional positions. At first glance, Friso Nijboer would be the overwhelming favourite and […]