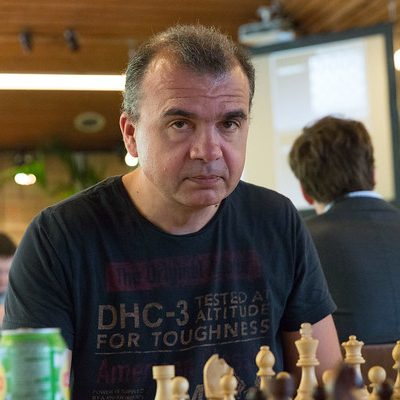 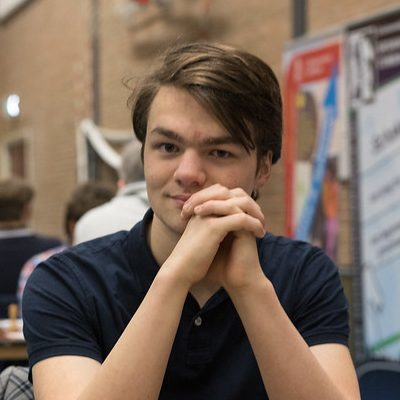 Ivan Sokolov is one of those flamboyant characters that tournaments are happy to welcome. He likes to stir things up, both on and off the board. Yes indeed, he still loves the game very much and still likes to be active as a player. But he has no real ambitions anymore on the board, he says. Some 30 to 40 games and several rapid tournaments a year will hunger the needs of one of the true attacking players of the game. Off the board, it's a different story. Sokolov just started as the vice-president of the European Chess Union. He has various clear plans on how to improve chess on the 'old continent'. He also works as a publishing program advisor and a writer at Thinkers Publishing and owns a video- and e-books publishing company named chesscastle.eu. In the last couple of years Sokolov wrote three middlegame books and two e-books. And he's done a lot of commentary, amonst others for the Olympiad and Tata Steel Chess. Last but not least the Dutchman with a Bosnian background is active as a trainer, mostly youth. Amongst his students was Lucas van Foreest, his opponent in his next big chess match, the University Challenge here in Groningen, a city he knows very well.

It's fair to say chess is in Lucas van Foreest's blood. His three year older brother Jorden and 11-year-old sister Machteld are among the very best players in the world in their consecutive age groups, and one could say the same from Lucas (age 17, rating 2499). His great-great grandfathers Dirk and Arnold became Dutch champions as well as Jorden, one thing Lucas wants to become one day too. He recently obtained the GM-title, and for the long run, his aim is reaching a rating of 2700. Although chess is a prominent factor in his life, Van Foreest has many interests (e.g. politics) and wants to develop himself in different ways. His general goal is to build a successful career, chess related or not. For now, he's combining high-school with the life of a chess professional. He just played a tournament in Saint Louis and after the University Match in Groningen he's playing the strong B-group of TATA Steel Chess. He expects the match against Ivan Sokolov to be very interesting with chances for both sides.

If you wouldn’t play chess, in what sport you would (want to) be a professional? And of all professions? ​
​I like ​football, basketball, and boxing… But liking it and having the ability/talent to do it is not quite the same thing. ​If we suppose I was not a chess player (and also not in sports), I probably have had interest in financial markets.

According to you, how big is the factor luck in chess?
In chess, sports or life – you create your luck!

If you could change one rule in chess, what would it be?
​Time increment. This is a ridiculous rule, because it helps people with bad time management. Time management is (mostly) a matter of self discipline and if a player manages his/her time badly -there should be a consequence.

What about playing some rounds Fischer Random? Or change the system of pairings to only announce it a few minutes before a game, in order to discourage preparation? Or to play on for three points, as where after a draw a blitz game decides the third point?
​I like Fischer Random and would love to see it played using a regular time limit and have more of this type events in general. The other two proposals I am not crazy about. Certainly not supporting the ‘blitz decision idea’ .

How does a standard day looks like in the life of Ivan Sokolov?
​Depending of many things and not sure as to how to define my ‘standard day’. I do many different things , but I’m not exactly an office clerk. So, lets not get into describing my ‘standard day’.

What was the best chess advice given to you?
Tough to say. Perhaps – ‘to look for a ‘recognized profession’ ?….an advice I obviously ignored 😉

Who is your favorite opponent? And who do you really like to play one day?
I have played (almost) every single player from the world top (and most of them several times), so no special desires there.

Is there a way to recognize the chess player in a crowd?
​It certainly is, but difficult to give a clear ‘manual’.

Chess, is it – according to you – art, science, game, sport or just a way to keep the crazy people sane?
​It’s the combination of all the above, though the sport part/result part is becoming more pronounced. Kortchnoi once said: all grandmasters are crazy, just the degree differs ?….so draw your conclusions.

What’s the longest period after another, you are able not to think of chess?
​I can easily spend days not thinking of chess at all.

Artificial Intelligence takes over chess, one could say. What do you think, shall it also take over life itself eventually?
​I hope not!

What memories does Groningen bring back to you?
Many different memories. Starting with European junior in 1986/87, PCA Interzonal 1993, FIDE Knock Out in 1997, a number of round robin GM-events in the nineties, playing for two different clubs…. Definitely a colorful mozaïek of memories – difficult to single something out.