Quasi safe fortresses and blitz on the mind

Quasi safe fortresses and blitz on the mind

The tournament really starts in round 3, is a common saying among Grand Masters. You never hear this from strong players who dropped a point in the first round, but there’s probably some truth to it.

In round two we mentioned that Krasenkow had a good start in Groningen for change, but in round 3 Thomas Beerdsen brought him to a hold.

A purely defensive queen sacrifice. Black hopes to hold the position via his control over the dark squares. This turned out to be in vain.

White opens up the position even further and it ends in a blood bath. Beerdsen is now on 3 out of 3.

After a draw in the first round, Sergey Tiviakov has redeemed himself with two wins in a row. Today he seems to have delivered a masterly positional game, where he combined neutralizing the kingside offensive with pushing his free d-pawn. The final phase of his game versus Ivo Maris:

Even after the game the Groninger FM could still smile. He will most likely ease the pain by crushing the SISSA Christmas Blitz tonight.

In a wild French game Nico Zwirs won over the black squares. We come after 28.Qb4…

Soon after Nico beat the one Russian GM, Sipke Ernst took care of Mikhail Ulybin. Gleizerov might have played to fast in a difficult position – this is not something that will easily happen to Ulybin. His problem: he spends way way to much time. His opening move took him 10 minutes and this trend continued. The game was decided by a blunder in time trouble 34…Qg6

Liam Vrolijk’s draw versus Shant Sargsyan is not one to spend to much time on. Although, credit where credit’s due, it’s not easy to play a game like this with black. White plays an opening with ‘two results possible,’ and the young IM held. Many top players have crumbled with this position with black.

GM Alexandr Fier suffered a tough loss versus IM Nikolas Lubbe. After the elegant 35…Be3! mate on h2 is unstoppable. The German is chasing after his second GM-norm.

Lucas van Foreest shared the point with Armenian IM Artur Davtyan. Benoni’s are often very dynamic and this game was no exception. Even in the analyses with the large wooden pieces, we saw one tactical variation after the other. Earlier, on the small board in the playing hall, the Dutch Champion had gone for a repetition of moves in a more or less equal position. Lucas mentioned he wanted to save some energy for the SISSA Christmas Blitz tonight…

A final remark: Photographer Harry Gielen noticed that some players sink in to really deep thought. Or did they dislike their position this much?

Tomorrow another report, with some attention for the final games in the 4-person round robin tournament and the B-group! 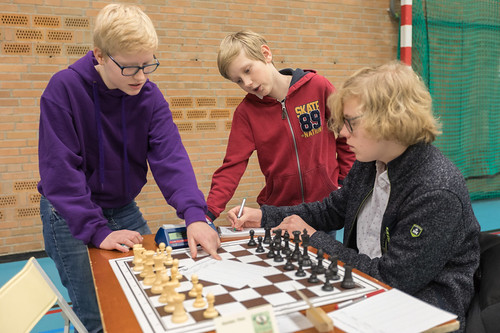 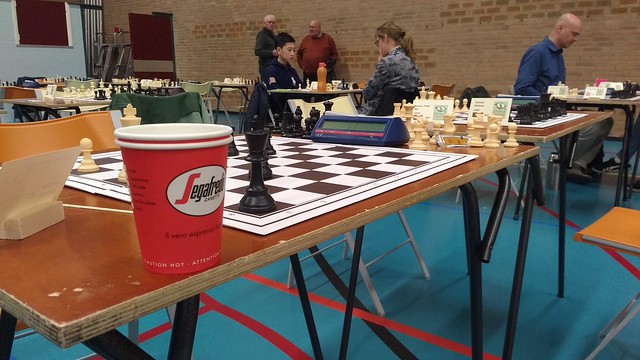 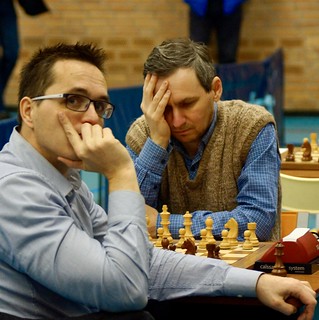